Diffusing Friday the 13th with Humor

Friday the 13th will occur twice this year, first in January, then later in October. This day/number combination has long been considered unlucky.

Thirteen, as an unlucky number, appears to have its origin in two stories, one from Norse tradition and the other from Christian tradition.

The connection with Friday is somewhat more recent, with the first references showing up in the 19th Century.

13 as an Unlucky Number

The Norse story involves the gathering of 12 of the gods for a feast in Valhalla. Loki arrives uninvited and becomes the 13th attendee. Loki knows that Baldur, the favored son of Frigg, the Queen of Asgard, is invulnerable to any object that could harm him, except mistletoe. So, he convinces Hoor, the blind son of Odin and Frigg, to shoot an arrow made of mistletoe at Baldor, fatally wounding him.

In the Christian tradition, the unlucky quality of 13 is attributed to the total number of individuals at the Last Supper, which included Jesus and the 12 apostles. The apostle Judas betrays Jesus. Had he not been there, the total number would have been 12, and Jesus would not have been betrayed.

In the 19th Century there was the first literary reference to the unfortunate nature of Friday the 13th in the 1834 play Les Finesses des Gribouilles, where one of the characters states, “I was born on a Friday, December 13th, 1813 from which come all of my misfortunes”. And, in a 19th Century biography about Gioachino Rossini, who died on Friday 13th, the biographer H S Edwards wrote:

“Rossini was surrounded to the last by admiring friends; and if it be true that, like so many Italians, he regarded Fridays as an unlucky day and thirteen as an unlucky number, it is remarkable that on Friday 13th of November he passed away.”

In the early 20th Century (1907 to be exact), there was a popular novel written by T W Lawson, entitled Friday the 13th, in which an amoral broker uses the superstition to create a panic on Wall Street on that very day, driving the superstition into the modern popular culture.

While there is still plenty of concern about the unluckiness of Friday the 13th for many people, there is also a lot of poking fun at the day as well as the horror movie character, Jason. Enjoy some humor that takes the sting out of Friday the 13th. 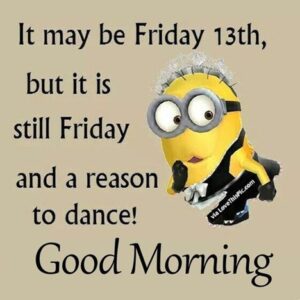 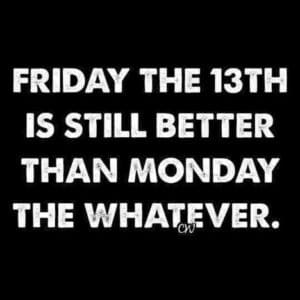 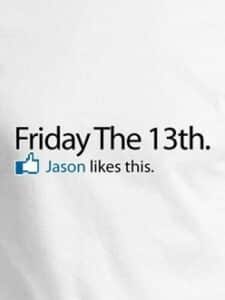 The 3 Zodiac Signs With Rough Horoscopes On January 12, 2023

Another Way to Look at Houses

The 3 Zodiac Signs With Rough Horoscopes On October 22, 2022

What Is On The Cards For Love And Romance This Month

The 3 Zodiac Signs With Rough Horoscopes On December 8, 2022